The word “no” may only have two letters, but it is one of the hardest things to say. Most people struggle with how to say no … and it doesn’t matter whether it is with their family, friends, or colleagues. The more difficult dilemma is how to say no without feeling guilty.

Why is it so hard to say no? And, why do we feel guilty?

People care about relationships, no matter what type of relationship it is. In fact, Psychology Today listed some reasons why people are afraid of saying no, and two of these reasons are the fear of conflict and the fear of disappointing or hurting someone.

And that could be true. Dr. Vanessa Bohns, an associate profession at Cornell University, says in a Wall Street Journal article, “One of our most fundamental needs is for social connection and a feeling that we belong. Saying no feels threatening to our relationships and that feeling of connectedness.  And we worry that saying “no” will change the way the other person views us, and make him or her feel badly.”

However, as much as we hate saying it, sometimes saying no is inevitable. In an article from MindBodyGreen, author Alena Gerst says that saying no actually helps you honor yourself … which is the most important thing.

“It’s true that sometimes saying no will hurt someone else’s feelings—you may even disappoint someone you admire. But you are also fostering resentment and regret when you don’t honor yourself and your needs. This leads you to be even more critical of yourself and spirals into negative self-talk, which can lead to symptoms of anxiety and depression,” she says.

Although saying no is difficult, the good thing about it is that there are ways of saying no that doesn’t really cause a relationship to crash.

Here are some ways to say no nicely and effectively… without being rude. Dealing with the feeling of guilt is for another article!

1. Say it right away 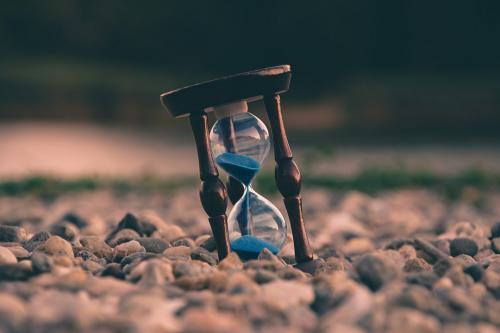 Because we’re afraid to hurt someone’s feelings, we usually try to delay saying no in hopes that it will somehow soften the impact. We would try to come up with other things or excuses. However, if you think about it, don’t you think it actually hurts more?

Imagine the stress and anxiety that one undergoes when they are nervously waiting for an answer. If you prolong that for days and days, they will be forever groping in the dark, not knowing what to do … and what if the answer is a no? Then that would be much worse. So, if your answer is a no, say it right away. Don’t prolong their agony or waste their time.

Consider a doctor delaying to tell bad news to a patient like this one from MedScape:

“When you’re facing an incurable fatal disease—something that could actually strike you down within a very short period of time—the patient may decide, I don’t want to go on that cruise. I’m going to spend my final days with my grandchildren, or I’m going to spend my final days making arrangements, getting my affairs in order. By withholding the information, at the end of the day, the patient and the patient’s family didn’t get a chance to plan or make the choices that they felt would be best.”

2. Very briefly, explain why no is your answer 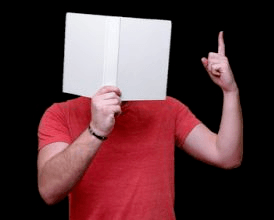 Hearing a “no” from someone is always going to sting a little, but an explanation always makes someone feel better and makes them understand why the other person needs to say no.

Here’s how to, according to The Muse:

“Depending on the nature of your relationship, you may want to explain why you’re saying no. But don’t over-explain or give your entire life story. That’s not necessary. In some instances, no explanation is required. But for close friends, it can often be a nice touch. If you’re concise and honest, friends will (almost) always understand.”

Imagine that your friend whom you want to say “no” to is your customer. Once you drop the word, of course, they will get disappointed. But this article provides a solution.

“In such a situation, you can offer the customer the closest alternative.

“Let’s say, the customer wishes to buy the product of XYZ brand. But, unfortunately, you don’t sell it. You might say:

“If you provide a customer the closest alternative, he will appreciate your efforts.” 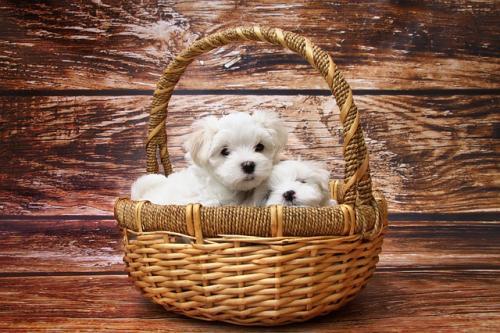 Empathy is key to making someone feel better after a rejection. And this has been proven to work in a lot of situations.

Entrepreneur.com cites one of the most common situations that happen in the workplace – an employee asking for a raise:

5. Be assertive and courteous 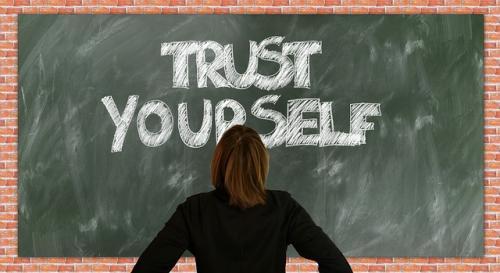 Although saying no is hard to do, if you are assertive and courteous, then the other party won’t necessarily have to feel too disappointed about your “no”.

Here’s the importance of assertiveness, according to Mayo Clinic:

“Being assertive is a core communication skill. Being assertive means that you express yourself effectively and stand up for your point of view, while also respecting the rights and beliefs of others. Being assertive can also help boost your self-esteem and earn others’ respect.

“Because assertiveness is based on mutual respect, it’s an effective and diplomatic communication style. Being assertive shows that you respect yourself because you’re willing to stand up for your interests and express your thoughts and feelings. It also demonstrates that you’re aware of the rights of others and are willing to work on resolving conflicts.” 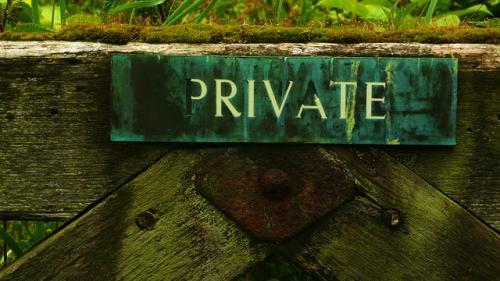 If you have set boundaries from the start, other people will know where they stand and how to say no will not be that difficult.

We set our boundaries by saying “yes” and “no” more often. And although we may find it difficult at the start, in the long run, there will be a lot of benefits, both for us and the people surrounding us.

Psychology Today assures us that setting boundaries is highly achievable and will work wonders for our relationships:

“The reality is that whenever you set boundaries with people, they may not have a pleasant reaction, but you still can work to firmly maintain the boundaries that you have set.

“Setting boundaries with people can actually help to improve your relationships in the long run. If you do not respect your personal boundaries (perhaps in fear of someone else’s reaction), it is likely to lead to bitterness and resentment over time. The people you want to surround yourself with are those who will respect your boundaries, even if they initially feel upset or disappointed.”

7. Be discreet, but firm 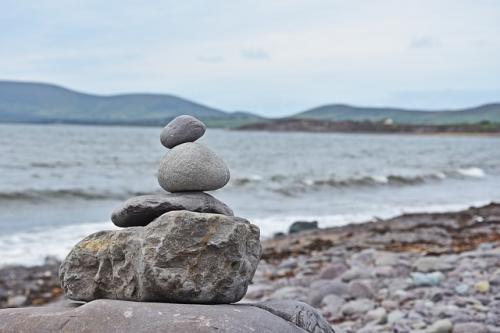 Accepting rejection when it’s delivered in a nice and discreet manner is much better than when someone is being tactless, so if we are saying “no”, we should choose our words wisely. However, this does not mean that we have to sugarcoat it. We can be nice but still firm in our decision to say “no”.

Exforsys, Inc cited a great example of being firm while not being rude:

“One technique for being firm without being rude is the “mirror effect.” Someone who uses the mirror effect would begin leaving trash in the other person’s cubicle area. If this person complains about it, you can respond by calmly saying that you were just showing them what it is like to have trash in their cubicle area, since they have been doing the same to you.

“If you can show people that you are firm without being aggressive, then you will become a master of not only your personal relationships but your business relationships as well. While some would say it is rude to leave trash in the other person’s cubicle, this is not necessarily true when you are simply giving them a taste of their own medicine.”

Most of the time, people would say yes even if in truth, they won’t be able to follow through because that’s the less awkward thing to say. But doing that is actually putting your reputation at risk. Saying no might hurt a bit, but saying yes to everyone will hurt more in the long run. When you desire to please everyone by saying yes all the time, then you are sacrificing your honor because there is a high chance that you won’t be able to fulfill all your promises.

This article teaches how to stop saying yes and start saying no:

“Set your own boundaries and stick to them. You decide what your priorities are. What do you want to give your time to? You have the right to decide and you have the right to say no to others. Create your boundaries so that you allow yourself time to fulfill your needs and allow that balance between saying no and helping others to develop. There is no need to feel guilty about these boundaries as they are necessary.” 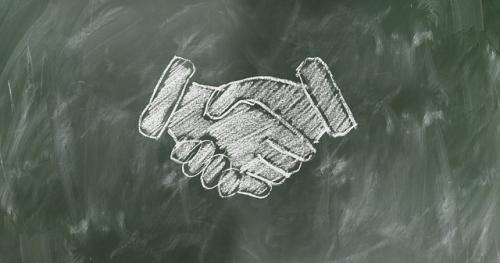 Instead of saying no directly, why not negotiate? This will at least make both parties happy.

Here’s a good read about negotiating:

“It’s the same in your personal life. For example, on visiting relatives, I can’t say no and I don’t want to say yes, but I can negotiate to go in the afternoon, then go shopping and take my laptop. This makes it quite good for me, and better for my wife, too. Negotiating gives you a win-win, unlike saying yes reluctantly or saying no.” 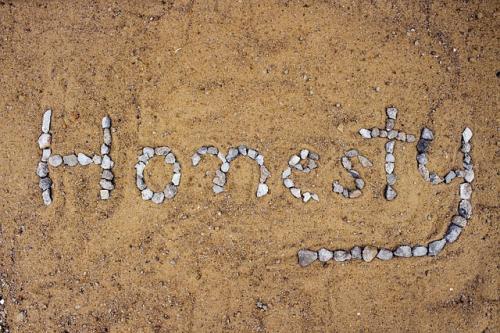 Sometimes, in our desire to make everything go smoothly, we would come up with different excuses on why we are saying no. We would reason that they are just white lies and won’t really hurt anyone.

But what we don’t know is that lies, even those little white lies, are more harmful than we think. Greatist.com explains it in detail:

“While we assume that circumventing the truth will keep others closer to us, the more frequently we withhold information from them, the more isolated we may end up feeling. Studies show that keeping secrets bars intimacy, making us feel less committed and less content with a relationship. “Lies can distance us from the people we wish to be close to,” Smith explains.

“And yes, even those little white lies can backfire: The more aware we are that we’ve stretched the truth—even if the intent is to make someone feel better—the more negative our emotions become.” 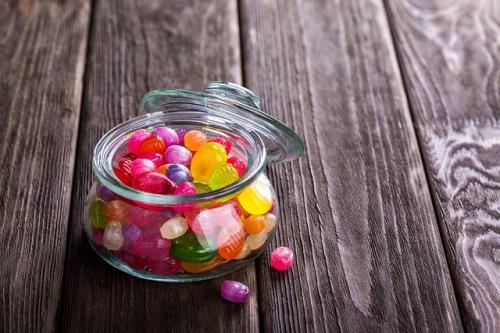 We have this innate tendency to sugarcoat something just because we don’t want to hurt someone. For example, we would say, “maybe” instead of a “no” because it’s the convenient thing to say. But no matter how good our explanation is, in the end, our answer will still be a “no” … so why not say “no” directly instead? It might sting a bit but in the end, they will be happier for it.

As Zig Ziglar has said, “A clear rejection is always better than a fake promise.” Thus, sugarcoating something to soften the blow is never going to help.

“If you want to help a person change, restrict your sugarcoating to breakfast cereals. Deliver constructive feedback rapidly in its raw form. This doesn’t mean harshly; there’s a way to soften blows without delaying them if you strive to be empathic. Just never make it seem like you’re avoiding hard cold facts. All that does is make the facts seem worse than they are.”

Are You Ready To Say No Without Feeling Guilty?