If you have any neurological or nervous system conditions such as ADHD, anxiety, posttraumatic stress disorder, depression, chronic pain, insomnia, and memory loss, neurofeedback is something you can consider. Although neurofeedback doesn’t really target any specific type of disorder, there have been a number of people who have claimed to have been healed from these types of ailments through neurofeedback treatments.

One such story is that by Chris Gardner. In 2015, The Washington Post published an article featuring him and his experience with neurofeedback training. Before trying neurofeedback, Chris Gardner had a large brain tumor which disabled him to follow conversations. He underwent brain surgery in September 2013 to remove his tumor which greatly affected his mobility and cognition. After nine long months of occupational therapy that did not do much to improve the state of his health, he decided to try neurofeedback. During that time, neurofeedback was a bit controversial. However, after 10 neurofeedback treatments, Gardner said that he saw a great improvement. He was even back to martial arts, a sport he loved prior to being diagnosed with brain tumor. Although he admitted that he was not back to 100 percent mobility, he said that he could already do almost everything he wasn’t able to do before.

Such stories help in proving to the world that even though neurofeedback has been a controversial treatment, it, indeed, works.

What is neurofeedback therapy?

According to ScienceDirect.com, neurofeedback “is a learning strategy or procedure in which a person watches their own brain activity via monitoring of EEG (electroencephalography) signals and learns ways to alter it for some purpose such as improving performance or stabilizing their method.”

This approach to treatment, which is also referred to as neurobiofeedback, EEG biofeedback, brainwave biofeedback, and neurotherapy, is a non-invasive process and both providers and people receiving treatment report it to be completely safe and pain-free. 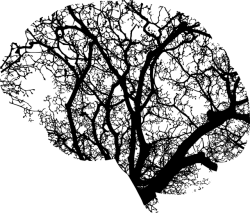 There are three areas that can be improved through neurofeedback therapy. According to Glyn Blackett in StressResilientMind.co.uk, it can improve the brain’s executive function (which includes attention, focus, and concentration), it can improve emotional self-regulation or emotional resilience (this includes stress and anxiety), and it can also improve motivation, willpower, and energy.

How does neurofeedback work?

In a nutshell, when one undergoes neurofeedback, the timing and activation patterns in the brain changes. According to Walsh Family Chiropractic, when this happens, it will “slowly guide your brain into normal, healthy ranges and reconnect neural pathways that have been disconnected.” In turn, there will be an improvement in brain regulations, which then impacts different ailment symptoms.

What is an EEG?

According to StressResilientMind.co.uk, EEG or electroencephalograph is an oscillating voltage which is measured from the scalp. Typically, a neurofeedback session will involve wires attached to the head.

What are the steps in performing a neurofeedback therapy?

Once you were able to decide which EEG component to train, you will set the amplifier to read your brain waves. This amplifier is connected to a computer wherein a software will analyze your EEG, compute your parameter according to the neurofeedback protocol that you came up with, and then calculate it into real-time feedback. This feedback will then tell you whether or not you’re getting closer to your desired state.

So then, based on the feedback that you get, you will perform activities that will train or condition your brain so that you will reach closer to your neurofeedback protocol.

Are neurofeedback and biofeedback the same? 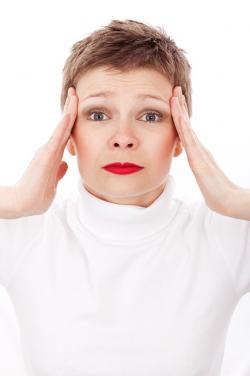 According to MedicalNewsToday.com, with biofeedback, patients learn to control bodily processes that are normally involuntary such as muscle tension, blood pressure, and heart rate. Neurofeedback focuses only on the brain.

What is neurofeedback therapy used for?

According to EEGInfo.com, neurofeedback can be used for different types of brain dysregulation. This includes the anxiety-depression spectrum, attention deficits, behavior disorders, various sleep disorders, headaches, migraines, PMS, and emotional disturbances. It can also be used for organic brain conditions such as seizures, autism, and cerebral palsy.