Chronic and Unknown Medical Conditions That Acupuncture Can Treat

Have you ever experienced chronic fatigue and debilitating pain but doctors just can’t figure out what’s wrong with you? Then you might have experienced what doctors usually refer to as invisible illness.

Invisible illnesses are diseases that are difficult to diagnose or do not show symptoms until they reach advanced stages. These conditions cause pain, fatigue, and other symptoms that are often misunderstood.

People who suffer from these illnesses may be unable to work. They may even need help managing their daily lives.

The most common types of invisible illnesses include:

For example, many people with rheumatoid arthritis (RA) do not produce enough antibodies in their blood for doctors to detect it. In addition, some patients have an autoimmune condition but don’t experience any significant symptoms.

Acupuncture has been used for thousands of years to treat different diseases such as cancer, diabetes, heart disease, depression, and insomnia. The World Health Organization (WHO) recognizes acupuncture as one of the oldest forms of medicine. It was first recorded as being used for medical treatment in China more than 2,500 years ago. Today, acupuncture continues to grow in popularity around the world. 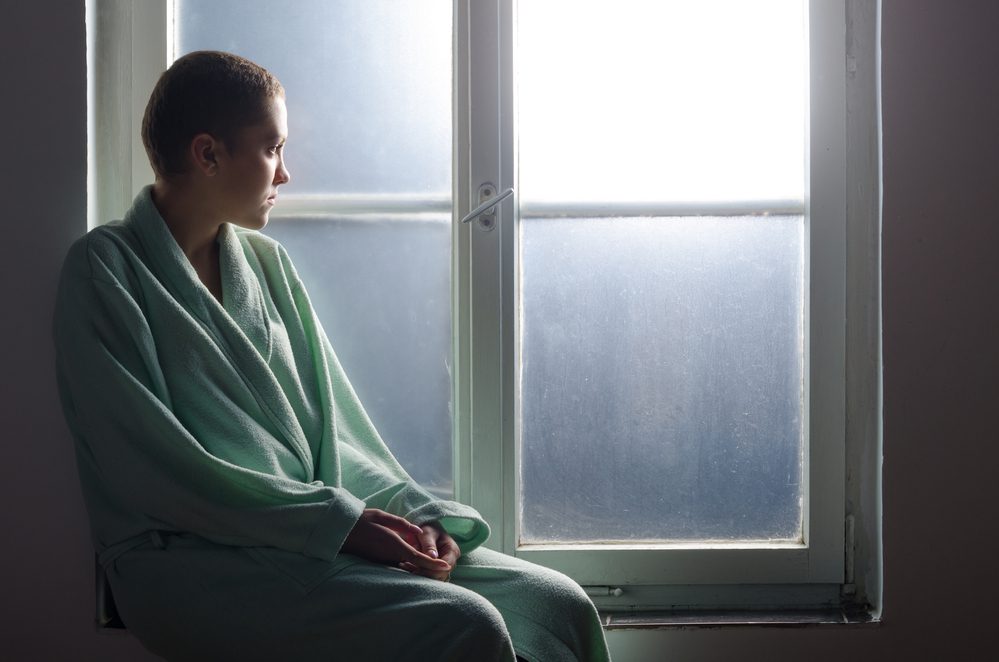 Cancer is an invisible disease because it doesn’t show up on X-rays or other medical tests until it has advanced to be life-threatening. The only way to detect cancer is through symptoms such as pain, weight loss, fatigue, nausea, vomiting, diarrhea, coughing, shortness of breath, fever, and changes in bowel habits.

When patients finally bring the symptoms to their doctor, it is often after the disease has gained momentum. The cancer is already in its advanced stages.

Acupuncture is used as an alternative or supplemental treatment for cancer. While there is not yet enough evidence that acupuncture can help cure cancer, it is often recommended to cancer patients to help reduce nausea and vomiting caused by chemotherapy. It also helps relieve stress and anxiety associated with cancer treatments. 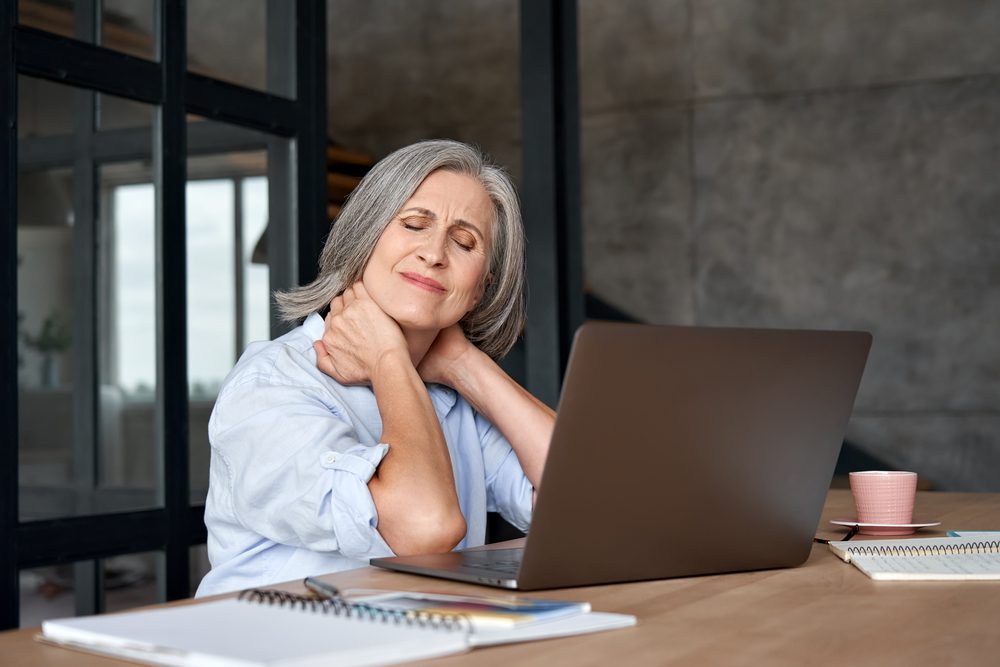 Fibromyalgia is another chronic condition that many people do not realize they have. Fibromyalgia produces widespread musculoskeletal pain and tenderness. People with fibromyalgia feel fatigued all day long and have trouble sleeping. They may experience anxiety, depression, irritability, headaches, and memory problems.

Fibromyalgia is often considered an invisible disease because its symptoms are similar to those of other conditions like osteoarthritis, lupus, and chronic fatigue syndrome. The only way to know someone has fibromyalgia is to ask them directly. People who suffer from fibromyalgia often feel tired all the time, have chronic pain, and sleep poorly. They may also experience mood swings, anxiety, depression, and other mental health issues.

Acupuncture is one of the best treatments for fibromyalgia because it treats both the physical and emotional aspects of the condition. Acupuncture helps reduce muscle stiffness and soreness, which makes it easier for patients to move about. It also improves energy levels and relieves tension and stress, which improves mood and sleep patterns. 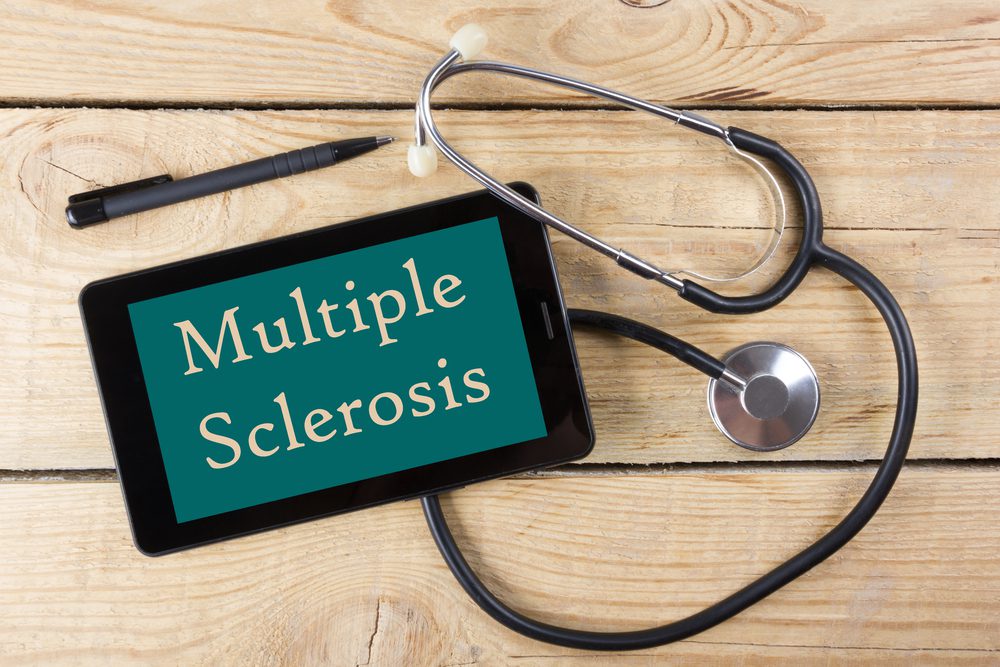 Multiple sclerosis is a disease that affects the central nervous system. The cause of MS is unknown, however, genetic factors, environmental triggers, and viral infections may play a role.

Multiple sclerosis is an invisible disease because it has no symptoms until it affects the brain. The first symptom is usually numbness or tingling in the limbs. This may be followed by muscle weakness, loss of balance, vision changes, and difficulty speaking. Eventually, the person may lose bladder and bowel control.

Acupuncture is often used as a treatment for multiple sclerosis because it works on both the mind and body. It helps relax muscles and nerves, which reduces spasms and increases blood flow to the brain. It also reduces inflammation, which decreases swelling and pain.

Diabetes is a disease where blood sugar levels become too high. This causes damage to the body’s organs and tissues.

Diabetes is an invisible disease because it doesn’t show up on physical exams. However, it causes serious health issues such as heart attacks, strokes, kidney failure, blindness, amputations, and other complications. If left untreated, diabetes can lead to death.

Acupuncture is often recommended to people who suffer from diabetes because it helps regulate blood glucose levels. It does so by increasing insulin production and decreasing glucagon secretion. Glucagon is a hormone that raises blood sugar levels when they are low. When insulin is present, it lowers blood sugar levels. 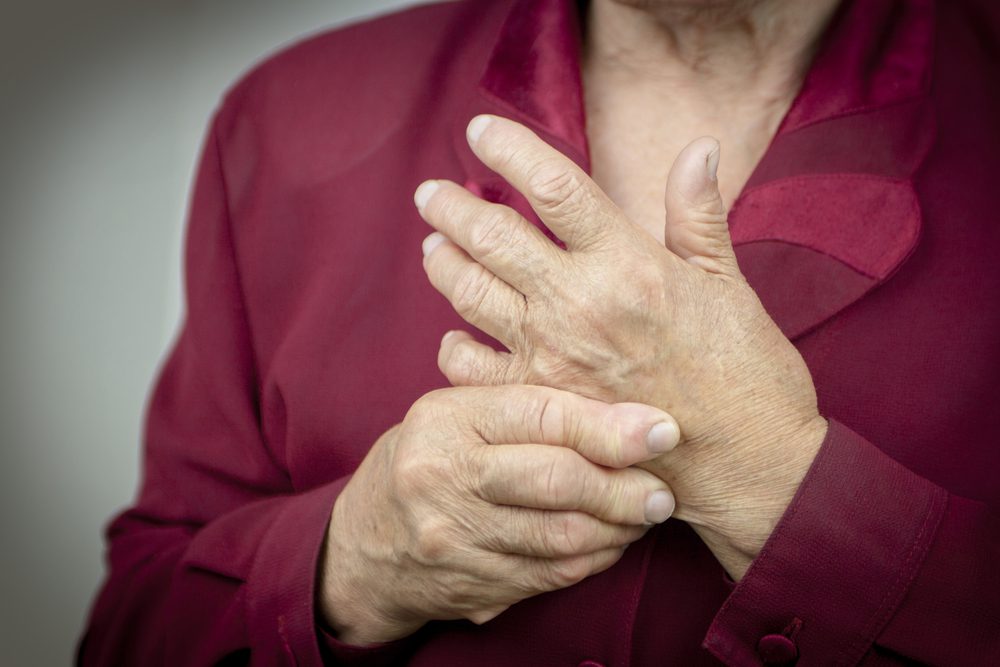 Rheumatoid arthritis (RA) is an autoimmune disease that causes inflammation of the joints. The symptoms include pain, stiffness, fatigue, and swelling. Many people don’t know they have RA until they experience these symptoms.

Rheumatoid arthritis is often referred to as an invisible disease because it doesn’t always produce obvious signs or symptoms. Some people only notice their symptoms after they’ve had them for several years.

People suffering from rheumatoid arthritis benefit greatly from acupuncture. It provides relief from joint pain and stiffness. It also helps increase mobility and flexibility. In addition, acupuncture stimulates the immune system, which fights off infection and illness.

Acupuncture is used to treat chronic fatigue syndrome because it helps balance the body’s energy levels. The needles help release endorphins which reduce pain and stress. They also stimulate the nervous system, which improves circulation and relieves pain.

The symptoms of these diseases vary from person to person, and they may be mild or severe. Some people experience no symptoms at all, while others suffer from abdominal or stomach pain, bloating, gas, diarrhea, constipation, nausea, vomiting, heartburn, acid reflux, indigestion, vomiting, nausea, weight loss, fatigue, and other issues.

Digestive disorders are often considered “invisible” because they are difficult to diagnose and treat. Most people don’t realize how serious these conditions can be until they experience symptoms severe symptoms.
Acupuncture has been used for thousands of years to treat digestive disorders such as IBS, celiac disease, and Crohn’s disease. The theory behind acupuncture is that it stimulates the body’s natural healing process, which helps to reduce inflammation. 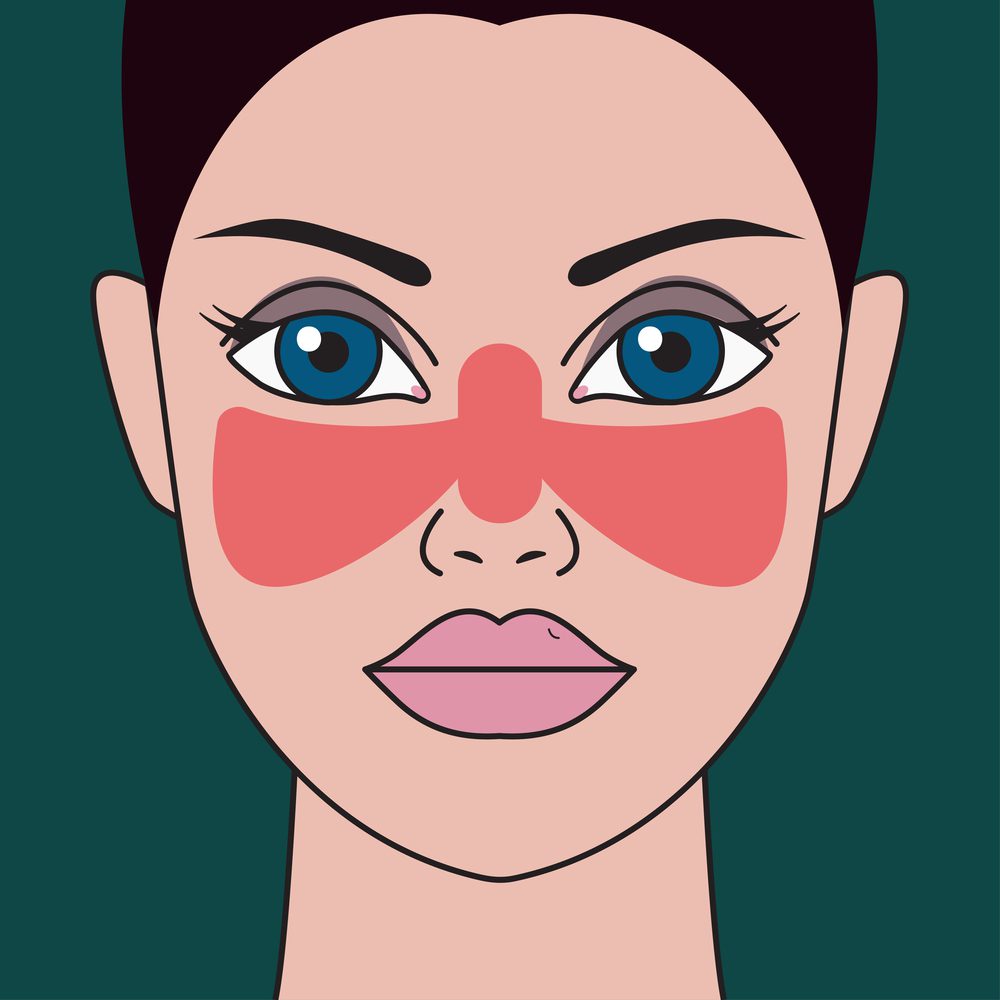 Lupus is a chronic autoimmune disease that causes inflammation of the joints, skin, kidneys, blood vessels, lungs, heart, brain, and other organs. The symptoms include fatigue, joint pain, fever, weight loss, and swollen glands. There is no cure for lupus, but treatments can help control symptoms.

Lupus is considered an invisible disease because many people with lupus do not realize they are sick until they develop serious complications.

Thankfully, acupuncture can help relieve the pain associated with lupus. It stimulates the lymphatic system, which drains fluid from inflamed areas. This reduces swelling and increases circulation. It also strengthens the immune system, which combats infections and illnesses. 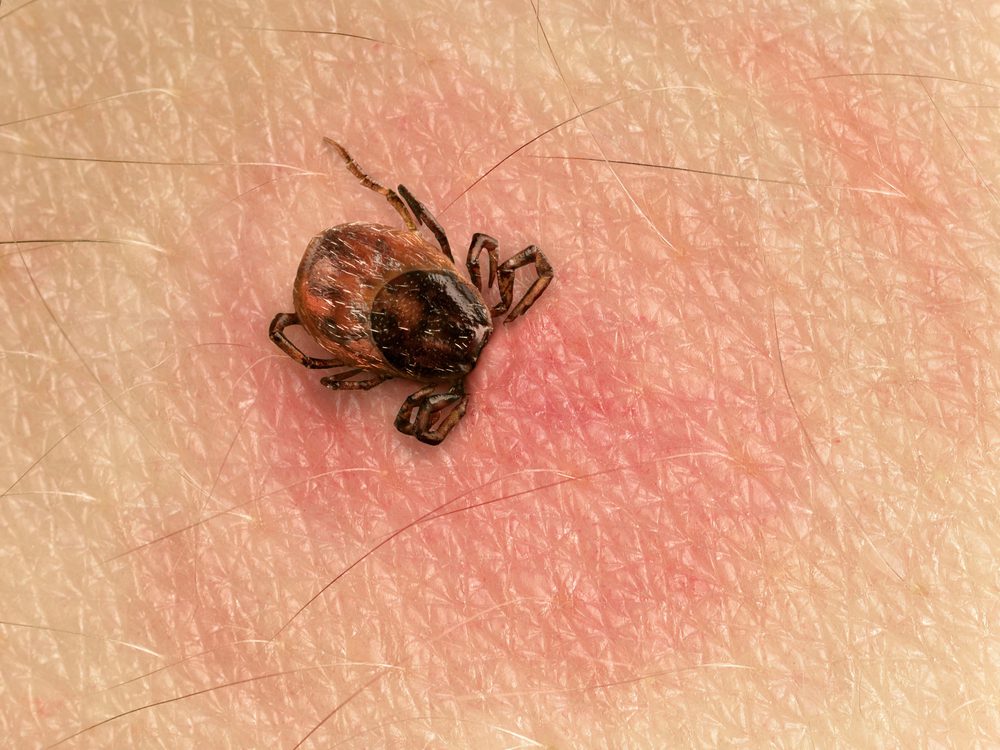 Lyme disease is an infectious disease caused by bacteria typically referred to as some form of Borrelia. The symptoms of Lyme disease include fever, headache, fatigue, joint pain, muscle aches, neck stiffness, and rash.

Lyme disease is difficult to diagnose because the symptoms mimic other diseases such as flu, mononucleosis, and arthritis. If left untreated, Lyme disease can cause serious health issues such as heart failure, neurological damage, and chronic inflammation.
Acupuncture helps with Lyme disease by stimulating the body’s natural healing process. The needles used during acupuncture penetrate the skin to reach the underlying muscles and organs. This stimulates the immune system and increases circulation, which improves blood flow and oxygenation throughout the body.

Mental Illnesses such as Depression and Bipolar Disorder 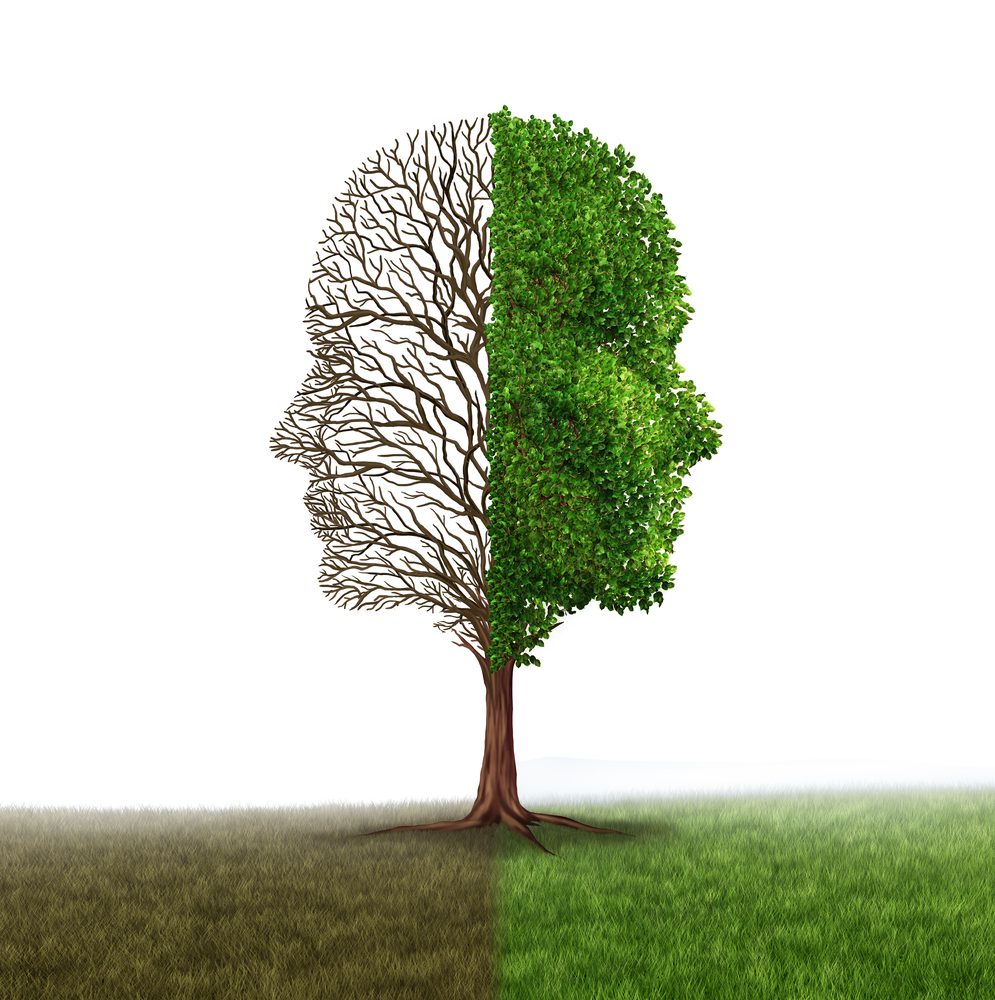 Mental illness is invisible because it is often hidden behind a person’s physical appearance. People who suffer from mental illnesses may appear normal, but they are actually suffering from a disease that affects how they think, feel, and behave. The symptoms of mental illness vary widely, ranging from mild to severe. Some common examples include depression, anxiety disorders, bipolar disorder, schizophrenia, and addictions including eating disorders.

Acupuncture is often recommended as a treatment for mental illnesses, especially depression and bipolar disorder, because it treats both the mind and body simultaneously. It balances hormones and neurotransmitters, which improve moods and behavior. It also regulates the autonomic nervous system, which controls involuntary functions like breathing, digestion, and heartbeat.

While a unknown or invisible chronic medical condition may be difficult to diagnose or even treat with standard medical care, acupuncture is often recommended to reduce symptoms and provide relief. It may also serve to increase the body’s ability to combat whatever is causing the condition and, ultimately, lead to a cure.