Breathwork Techniques and the Benefits of Conscious Breathing

Breathwork techniques are by far the easiest and most cost-effective holistic strategies. The breathwork process itself uses very simple techniques to activate the natural healing process within each participant. However, despite the simplicity of its process, these techniques are actually considered core components of life and well-being.

John Stamulous, a world travelled master breathworker trainer says believes in the importance of breathwork. “Breath is life,” he says. “Breathwork opens the door to experiencing more of life in the present because it resolves the influences, traumas, and stored emotions of the past.” 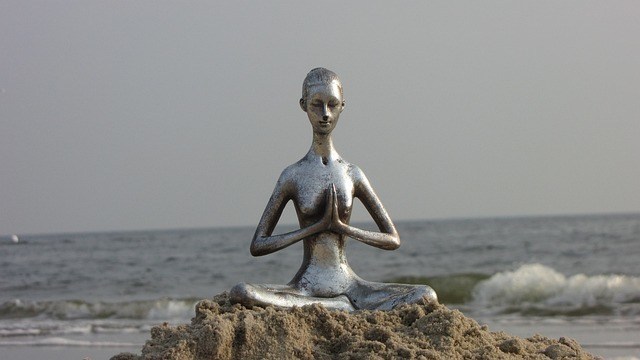 Breathwork has been proven as a very effective practice to promote physical, psychological, emotional, and spiritual healing.

Breathwork speaker, John Stamoulos, says that once a participant uses these simple breathwork techniques, their natural healing process will be activated.

“By combining a specific pattern of accelerated breathing with evocative relaxing music in a safe and comfortable setting, each person is gracefully supported to enter a non-ordinary relaxed state of consciousness,” he says.

Breathwork techniques have been practiced for centuries. These mostly originated from ancient Eastern spiritual practices such as Tai Chi, yoga, and Buddhism, as well as mystical traditions from around the world. It has since evolved into a more modern practice with the integration of modern-day western science.

Jeremy Youst of the Power of Breath Institute wrote that when breathing is used as a form of therapy, “the shifts connected in conscious, connected breathing seems to be linked to a deeper sense of inner connection, somatic groundedness, emotional empowerment, and psycho-spiritual integration.”

He furthers that during the application of “therapeutic breathwork”, as he calls it, all aspects of the body, mind, and spirit are engaged. 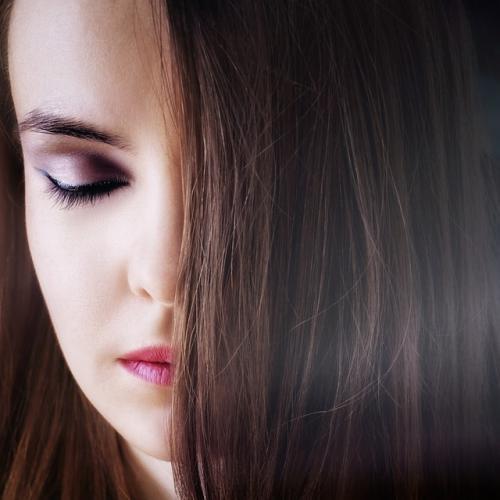 According to Youst, there are three main benefits of therapeutic breathwork or conscious breathing. These are: body-mind therapy, personal development, and spiritual empowerment.

A lot of people experience negative emotions which were brought about by painful experiences in their life. Addiction.com says that if these are left unresolved, these can lead to more problems in the future such as unwanted behaviors or full-blown disorders.

Breathwork can help suppress these emotions.

The intention of most breathwork techniques is to trigger an altered state of consciousness which lets you into these suppressed memories and emotional blocks. Once you have access to these, you will have an opportunity to resolve them and bring them back to their original state.

To let you know more about this amazing holistic practice, here are different types of breathwork techniques and the benefits of each:

Holotropic Breathwork was developed in the 1960’s by Dr. Stanislav Grof, a Czech-born psychiatrist. Dr. Grof was one of the pioneers of Lysergic Acid Diethylamide (LSD) research. LSD is a hallucinogenic drug which makes it possible to change the way people look at, 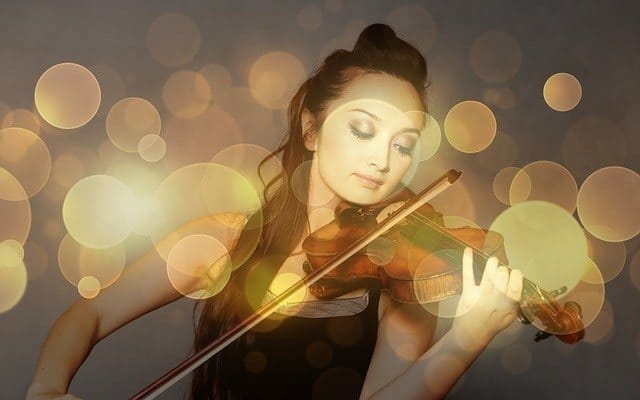 think about, and experience things around them.

While working with LSD, Dr. Grof discovered that the “non-ordinary states of consciousness” experienced by his patients had immense healing powers. LSD was later banned, so he developed an alternative way to access this healing state.

His thinking was, if the use of a substance like LSD can help reach these healing states, there should be receptors existing in the brain which can access the same states of consciousness.

This was how Holotropic Breathwork was developed. Basically, it is a one-day therapeutic workshop that uses breath and music to help participants reach the non-ordinary state of consciousness where the healing happens.

Holotropic Breathwork is often considered as a much more intense meditative practice since it uses intense breathing in able to reach that state of consciousness that makes healing possible. It starts with short, intense breaths and gradually progresses to long, deep breaths. 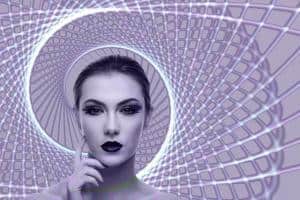 Recent studies, mentioned in WebMD, prove the positive effects of Holotropic Breathwork. A 2013 report said that based on feedback from 11,000 people who have done this breathwork technique, Holotropic Breathwork can be used to treat a wide range of psychological and existential life issues.

In 2015, a study proved that this breathwork technique brings about a higher level of self-awareness that will have a positive impact on changing temperaments and character development.

Just like most breathwork techniques, Clarity Breathwork can bring transformation and healing to the body, mind, and spirit. This excellent tool used to be known as “rebirthing”. Basically, its goal is to “clear away old energies, conditioning, patterns, and negative thoughts and emotions so that it will make way for new life and greater consciousness.” 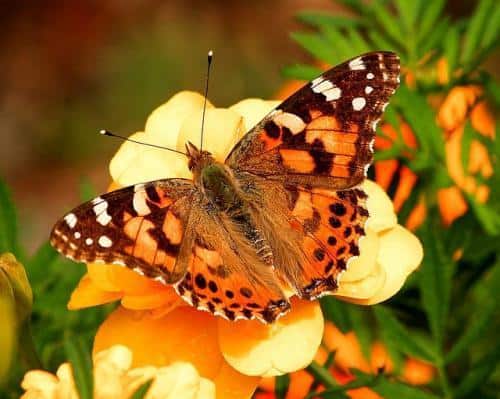 Clarity Breathwork was developed based on the circular, connected breathing, which is an ancient form of breathing to help achieve higher states of consciousness. With Clarity Breathwork, your subconscious mind will be activated which will help you achieve awareness and insights in order to achieve a new life.

In Clarity Breathwork, a participant would go through a bodily experience combined with counseling and insight. This will give way to the release of emotional baggage which will bring about a shift in the patterns that would eventually bring healing and transformation.

Clarity Breathwork has been used in many areas for healing. It has been found that it is a great tool for stress reduction and helps to increase one’s energy and aliveness as well as a sense of well-being. As the process of Clarity Breathwork is done, the stagnant energy deep in the cells of the body will be released together with trapped emotions and toxins. This will help in healing traumatic experiences.

Isle Middendorf, the developer of the Middendorf breathwork technique has said, “To let the breath come, let it go, and wait until it comes back on its own is to perceive the unconscious function of the breath. A movement emerges, a connection to the human wholeness, and the possibility to get to know and experience oneself.”

According to GoodTherapy, this method of breathing “encourages bodily wisdom, both physical and mental, and accentuates the many dimensions of the person visible in each breath cycle.” 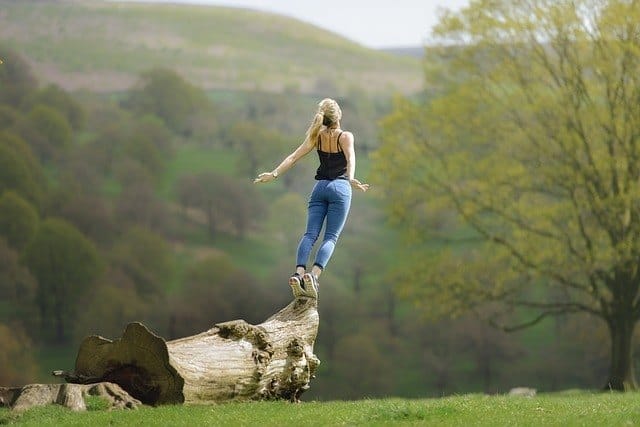 A person undergoing this breathwork technique is encouraged to focus only on the sensory perception. By doing this, the participant will be aware of “how their physical, emotional, and mental reactions are formed and processed.”

According to Margot Biestman, a certified Middendorf practitioner, the most powerful benefit of the Middendorf breathwork technique is its ability to “provide support in which all the body systems can rejuvenate and come into balance.” She furthers that “our own natural breath movement has immense healing power from within when it is consciously sensed and experienced.”

Some of the health conditions that this breathwork technique can help alleviate are asthma, arthritis, pains, depression, immune deficiencies, chronic symptoms, and long-term illnesses.

Radiance Breathwork is a technique that was developed in 1974 by Dr. Gay Hendricks, a Stanford psychologist and author, together with his wife, Kathlyn. According to Holistic Med, Dr. Hendricks, came up with this breathwork 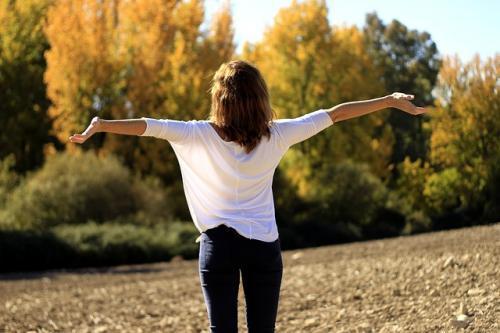 technique while he was contemplating what one needs to know or experience to bring about change and what actions human beings are doing that can be corrected to bring happiness instead of conflict.

He realized that what needs to be done is to “open up to what is already inside, feel it deeply, and learn to love it.”

Radiance Breathwork is a part of what is known as body-centered therapy. Hendricks came up with the term “radiant” after observing a “radiant serenity” on the first client that tried this breathwork technique.

Just like other breathwork techniques, Radiance Breathwork may benefit those with health issues including behavioral and emotional issues. However, this breathwork technique is counterindicated for certain conditions such as bipolar disorders, schizophrenia, glaucoma, cancer, cardiovascular disease, and epilepsy.

Similar to other types of breathwork, Shamanic Breathwork also aims to enter into a non-ordinary state of consciousness. The goal of this breathwork technique, according to ShamanicBreathwork.org, is to 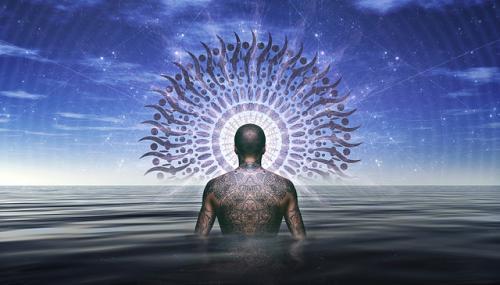 “inspire individuals to awaken the shaman within.”

In other words, it seeks to reconnect an individual with their own inner healer. When one is being empowered, wholeness and healing come back into their lives.

Shamanic Breathwork combines ancient healing traditions with new methods of healing. It mixes four elements into its process: There is movement, chakra-attuned music, specific breathing methods, and introspection. Its unique feature is its use of mandala artwork and other modern healing techniques.

Like other breathwork techniques, Shamanic Breathwork is often used for post-traumatic stress disorder, stress, and anxiety.

Pranayama is also known as yogic breathing or yoga breathwork. According to Yoga Teacher Resource, prana means energy, life force, or breath and yama means restraint or control. Putting that together, it means that if we are able to control our breath, we will be able to access our life force or energy. The literal definition of Pranayama is “to extend the vital life force” or “breath control”.

In the practice of Pranayama, an individual will undergo a series of breathing exercises which are meant to flush out the bad elements from the body and bring in more oxygen, which will prepare the body for meditation. 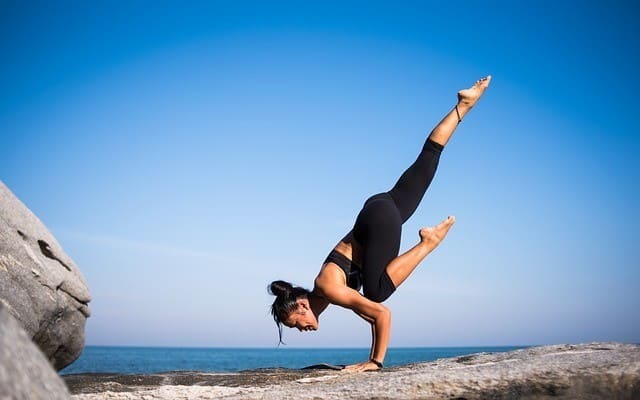 Although Pranayama is used in yoga, it is considered a separate practice. The goal of Pranayama is to help cleanse the body and mind and prepare the individual for meditation. It is also practiced in preparation for asana.

Practicing Pranayama has several benefits to the body, mind, and heart. It is very helpful in having well-functioning body organs including the lungs, heart, abdomen, kidneys, and pancreas. Aside from that, it also promotes good blood circulation and a healthy digestive system.

Pranayama has been proven as good practice to achieve better mental health. It frees individuals from harmful mental conditions such as anger, depression, greed, money, arrogance, and lasciviousness. It is also often used to treat stress-related disorders. One very good benefit of pranayama is its ability to help in achieving a steady mind, strong willpower, and sound judgment. It is also known to relieve the symptoms of asthma as well as aid in weight loss. 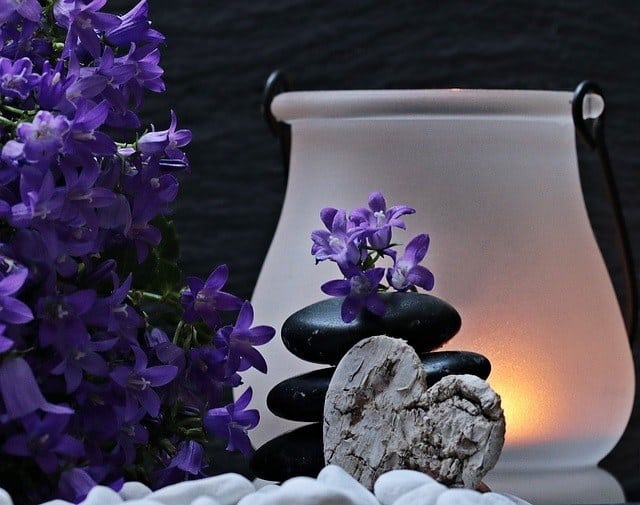 According to YogaWiz.com, Zen meditation is a practice that will help you calm your mind and helps you connect with your body, soul, and mind.

In practicing Zen Yoga Breathwork, you will be sitting in a prescribed position, and while you’re in this position, you are encouraged to shut your mind to all thoughts and images, breath in a shallow manner, and become more reflective.

There are countless benefits of Zen Yoga – and these include both physical and psychological benefits. This practice is known to reduce stress, raise metabolism, and release toxicity. It also increases flexibility, improve blood circulation, and reduce chronic pain.

Why Breathwork is Good For You

Most people know that breathing is just inhaling oxygen and exhaling carbon dioxide, but breathwork is more than that – it is amazing that through this very simple essence of life called breathing, one is able to access certain parts of their consciousness where they can be able to heal on their own without undergoing complicated medical processes.